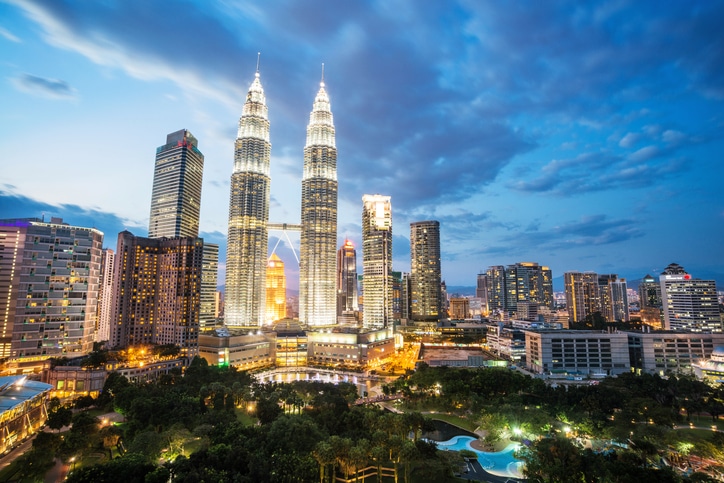 Top 5 Things To Do in Kuala Lumpur

Kuala Lumpur is a concoction of tall skyscrapers, Asian traditions, Mughal-style domes and minaret, British colonial buildings, and colorful food-stall-lined streets. Being the capital of Malaysia, it is a key destination for global nomads. If you are an expat moving to the city, there are plenty of things to do in Kuala Lumpur to help you settle in.

The capital city of Malaysia, Kuala Lumpur, is a diverse city that includes Malay, Tamil, Chinese, and indigenous inhabitants. Kuala Lumpur is the most populous city in Malaysia, spreading over 200 square kilometres. With recent development over the years, it is now merging with neighboring suburbs to create a commerce hub.

In Kuala Lumpur, tourism is the central focus, and you can see it from a myriad of attractions to choose from. There are so many things to do in Kuala Lumpur, ranging from traditional sights to modern ones. You have temples reflecting all the ethnicities. There are mosques, incredible towers, local markets, and street food to gastronomic delights.

Here are the top five things to do in Kuala Lumpur: 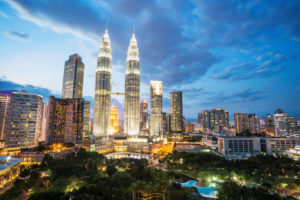 1. Tour the tallest skyscraper in Malaysia

The monument became Kuala Lumpur’s identity as a commercial and cultural capital. Designed by Cesar Pilli and Associates, the 88-story building stands tall at 1438 feet. It also has a double-decker Sky Bridge connecting both towers on 41st and 42nd floors. The design is an inspiration from Islamic architecture and primarily houses corporate headquarters and other offices.

There are high-end shopping malls at the base of the towers, known as Suria KLCC. At night, you can enjoy the KLCC Lake Symphony Water Fountain Light and Sound show. 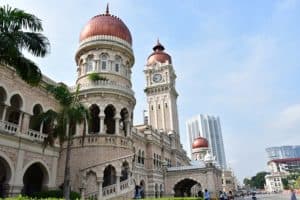 Kuala Lumpur has a lot of British colonial buildings with a deep history attached to them. There are several popular tourist attractions in the heart of the city. Named after the reigning sultan of Selangor at that time, Sultan Abdul Samad Building was built in 1897. The British government commissioned the Moorish Style building at that time to centralize administrative offices.

This building is in front of another historic landmark, which is the Dataran Merdeka or Merdeka Square. It is the spot where Malaysia celebrated its independence. It also has the Royal Selangor Club.

3. Take a bite of Malaysian cuisine

With all the things to do in Kuala Lumpur, the opportunity to grab a bite will always be around you. It is one of the best things about the city. You can spend a whole day trying different delicacies from Malay food, Chinese Food, Indian, and even Mamak food. There are hawker stalls open late at night. So if you get hungry from touring the city or feel like grabbing a late-night supper, you will always find something to tantalize your taste buds.

Within the heart of the city, you will find Perdana Botanical Garden. A prized landmark, the garden contains an extensive collection of flower gardens and animal parks. It is good to know that some locals call it the Lake Gardens, plus it is also a recreational park. You will find families enjoying their evenings here.

There are plenty of things to do in Kuala Lumpur’s heritage park. You can visit the Orchid Garden, Bird Park, visit the National Monument and the National Planetarium. 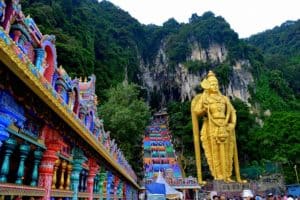 There are several prominent tourist destinations like Batu Caves that definitely should be on your list. Batu Caves is a limestone hill that homes the Hindu gods. You will find a huge statue of Lord Muruga just before you climb the 272 steps to get to the top. At the top is the Cathedral Cave, where it has few other statues of gods. The only time Batu Caves is crowded is during the annual Hindu festival called Thaipusam. You will find thousands of locals making their pilgrimage and fulfilling their vows in unique ways.

You can learn more at the official Kuala Lumpur tourism site. Note that if you plan to relocate to this exciting and vibrant city in Malaysia, make sure you have adequate international health insurance coverage.