Adventures of A Tai Tai on The Road Again

So, tomorrow morning I am moving to Singapore and hitting on the road again, I truly will become expat expert and International Woman of Mystery! How did this happen?

Well, a few months ago my poor husband was made redundant from his current job. This personally, did not surprise me in the slightest. Not that I don’t have faith in him, but global quantative easing coupled with the fact that his workplace suffered from a highly dysfunctional political environment, entailed that someone as laid back and mild mannered as my husband was always a prime target.

After hearing his continual complaints about what had been going on at work I had told him on numerous occasions that something was on the horizon. However, my husband is the type of guy who believes, and quotes, the man on the National Geographic Channel who tells him that there are 18 different animal shapes in the Animal Crackers cookie zoo, yet, when I tell him not to touch something because it is hot, will promptly stick out his hand and touch it “just to check.” So, despite my warnings, we had no back up plan. 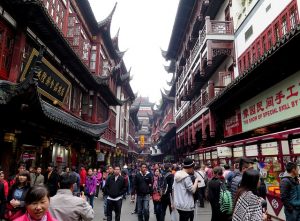 For my husband, losing his job wasn’t such a bad thing. He had not particularly enjoyed working at “the company that shall not be named” for numerous reasons, so his first reaction was to tell me that he was happy in the knowledge that he would no longer be obliged slave away for a corporate machine, deceiving and compromising himself. “Of course you won’t,” I said, “Unless, of course, you wish to be employed!” Unable to sense my worsening mood he told me to “look on the bright side.” This was a mistake. After taking deep breaths to try and compose myself while fighting the urge to throw big things in his direction, I reminded him of that not so well known proverb… If you add a glass of champagne to a barrel of dung, you get dung. If you add a glass of dung to a barrel of champagne, you get a barrel of dung. THERE IS NO BRIGHT SIDE! I barked.

Anyone who has had experience of one member of their household losing their job will immediately know how stressful this can be. However, when you’re an expat living abroad there’s a whole lot more at stake, your home in both the physical and theoretical sense. Both my husband and I have always loved Asia and having previously spent three years trying to find jobs out here we were devastated at the news that we may have to return to London.

Luckily, in Hong Kong, immigration tend to honor the duration of your visa when you are no longer in employment, and given that we still had eleven months remaining on ours, this was somewhat of a godsend. However, problems still remained. Should we look for jobs in Hong Kong or return to London anyway? Where would we better off financially? In which country was the job market more favorable? What happens we ship all our belongings back to London only to then be offered a job in Asia again?

All of these uncertainties highlighted, for the first time perhaps, a real downside of being an expat… it is a rather fragile existence and if something goes wrong, like losing your job, your whole life as you know it is plummeted into uncertainty. Many people may be able to take this in their stride but for someone like me, who not only likes to do everything by the book but also actually insists on writing it myself first hand, not knowing where my life was headed was like telling an obsessive compulsive that once is enough. All I could see ahead of me was a life of desolation, depression… and plastic cutlery.

Luckily things didn’t quite come to that. My husband rose to the challenge and found a new job relatively quickly… the company that had employed him in London snapped him up. The best thing of all is that his new job is actually in Singapore, a place that we both love and have always wanted to live in. So, I am currently sat in the library of my apartment complex while a very large team of removal guys packs up all our belongings for the next stage of our exciting adventure.