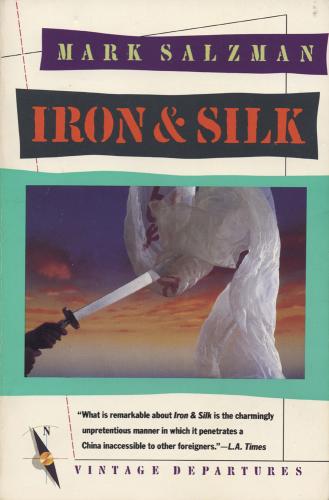 When it comes to expat destinations that are challenging, China almost certainly tops the list, even by today’s standards. However, compared with 25 years ago, life as an expatriate in China is significantly easier than it once was and globalization entails that people who now call China home are afforded more of their home comforts than ever before. But what was it like to live in China before global trade barriers were removed and is it really true that the expats who call this region of the world home now have it easier than ever before?

Iron and Silk by Mark Salzman describes his experiences of living in China in the early 1980s as an English teacher in China. During his time in China he is mentored by the famous martial artist Pan Qifu, who teaches Saltzman a new level of expertise. As he meticulously goes through the rituals Qifu teaches him, he develops a level of personal discipline that allows him to conquer the challenges associated with life overseas, including language and career.

While life in this part of the world was by no means easy during this era, Salzman perfectly describes the mystical and different culture that he encountered during his experience. The book offers a fascinating insight into the China of old, uncontaminated by capitalism and the downsides of globalization.

Salzman’s main objective in writing the book was to share the realities of China with the rest of the world and this book offers a great view of the China of old. In the very least, it serves to remind current-day expats that the China they live in today is perhaps not to challenging after all.