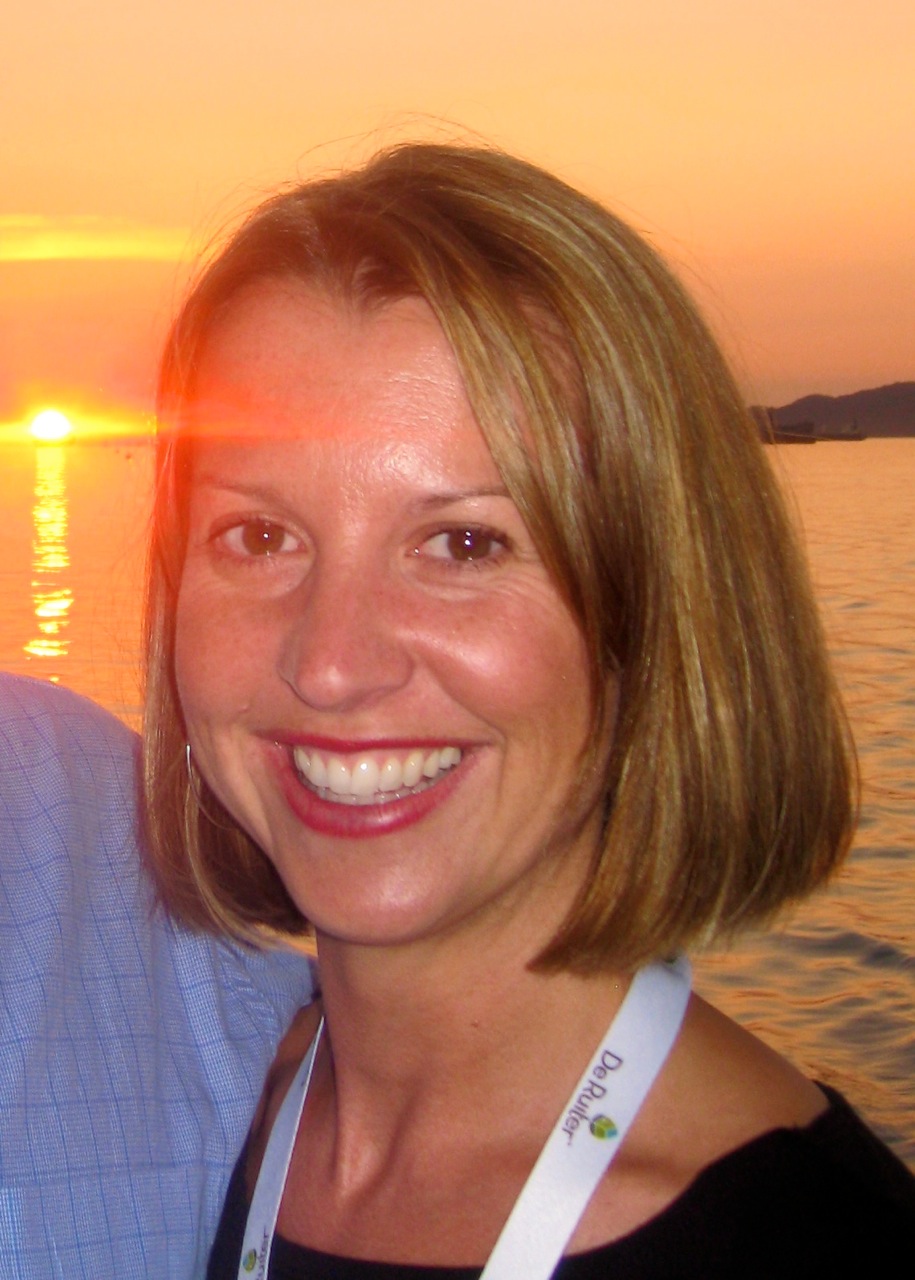 In the latest installment of our expat interview series we meet Shelley Antscherl, who was originally born in the United Kingdom but has since lived in five different countries. Here Shelley describes why she is glad that she moved overseas with her parents at an early age, how life as an expat has broadened her horizons and offers some solid advice to trailing spouses who may be finding a move overseas difficult. The interview makes a great read and is packed full of interesting insights and practical tips, thanks Shelley!

You are somewhat of a serial expat. Can you please tell us a little about your background. Where are you originally from and why did you first move overseas?

I’m originally from Westcliff-on-sea in the UK, but my family and I moved to Detroit in the US in the early 80s because of my father’s job (he was a design engineer for GM). Later, we moved to Sweden when my dad went to work for Volvo. I attended a local elementary school in America, and an international school in Gothenburg, Sweden.

Which countries have you lived in?

I’ve lived in five countries: the UK, the US, Sweden, the Netherlands, and now Canada.

Which of these did you like the most and why?

I absolutely love where we live in BC, Canada, but my childhood memories of living in the US and Sweden are very happy ones. I suppose if I had to choose (and excluding Canada), I would pick America because we did so much while we were there. I loved my school and friends, I learned to ski at a young age, and we had a wonderful lifestyle that I still remember clearly to this day. Going back to the UK after one of our stints abroad always took some getting used to. Life in the UK seemed so dull compared to living overseas and it was always difficult trying to slot back into school and resume old friendships again.

Without a shadow of a doubt, Holland.

It’s a great country, and Amsterdam will always be one of my favorite European cities, but we moved to a small and very isolated village in rural Westfriesland (which we called ‘Deliverance’!) when our four children were very young (the oldest wasn’t yet 5 and our youngest was just a month old).

My husband is a horticulturalist (pepper grower) and we had to follow his job. I had always worked while we lived in the UK, so moving to the middle of nowhere, and becoming a stay-at-home housewife with four very young children, no domestic support of any kind, and not to mention the total language barrier, was extremely tough. It was such a remote, rural location, that there was no expat network anywhere near us, just a very unique breed of Dutch country folk (!), and in the two and a half years that we lived there, I didn’t ever get used to the place, the people, or the way my life had changed so much.

Having said all that, we still didn’t want to go back and live in the UK again, and we always hoped that Holland would be a stepping-stone to North America, which it was.

I think expat life can give you a more worldly perspective on life in general. It certainly has for me. People who live in one place can often be very insular, but living and moving overseas, and immersing yourself in other cultures makes you more adaptable, and a lot more aware about what is going on in the rest of the world.

Emotional resilience, to overcome difficulties and problems is something I’ve learned over the years. Feeling lonely or homesick is normal, but having the ability to pick yourself up, rather than wallowing in it, so you can make the most of any situation, is very important.

Self-reliance is definitely something I’ve learned as an expat. Being able to rely on other people for help or support is great, but being able to get by without it, is very useful – especially if you’re living overseas thousands of miles from friends and family, with no one to fall back on. It really helps to feel positive and confident in your ability to cope in any situation.

What advice would you give to someone who was relocating to an overseas country for the first time?

Preparation before you leave is key, and finding out everything you possibly can before you actually move. And then just be brave and get on with it! It’s okay to be nervous, but you must be prepared to put yourself out there, make friends, and really get stuck in to making a life for you and your family, wherever you’re heading. You have to be proactive and friendly to everyone, and accept all invitations when you arrive in your new country. Once you know a few people and make some friends, you will inevitably learn more about where you’re living and start to feel more at home.

The experiences you have will stay with you forever, so you owe it to yourself to make sure they are positive ones.

You moved overseas as a result of your husband’s job move. How did you feel when you found yourself living in Holland?

I found it very difficult. I loved the idea of blazing the expat trail and living overseas again, but I went from running a business with my husband and being involved at every level (with good childcare), to becoming a reluctant housewife and full-time mother. My entire professional life was as good as wiped out, overnight.

I didn’t enjoy living in the Netherlands because we had to live out in the Dutch boondocks but I know people who’ve lived in The Hague, Amsterdam and some of the big cities, and they love it.

As a trailing spouse it is important for individuals to find a role for themselves. How did you approach this and what experiences did you have?

Unless you enjoy being an earth mother in the purest sense, I think it’s imperative for the ‘trailing spouse’ (hate that term, but it’s so true!) to find a role for themselves because otherwise, you can very quickly end up assuming responsibility for all the domestic/ childcare tasks, that may have been more evenly shared out, back in your home country… I couldn’t come to terms with how I suddenly became just a ‘housewife and mum,’ with no professional identity, and I was drowning in a sea of relentless domestic tedium, while my husband was able to go to work and continue his professional life. It felt like I’d become persona non grata.

When we moved to Canada in 2011, I made sure that our relocation package included a full work permit for me. I have heard of situations where companies are much less obliging to apply for a spousal work permit, once they have their new employee in place and working for them. I didn’t want to find myself in that position.

You have created your own blog that chronicles the trials and tribulations of moving to a new country. Please tell us more about the topics you cover.

I write about my everyday life, and absolutely anything that I encounter that amuses me or that I think might amuse other people. I also jot down any cultural anomalies that I notice between Canadians and Brits. And with four children and the world’s most annoying dog (our Jack Russell, Donald), one or other of them is always doing something that makes me want to pull my hair out, or crawl under a rock with embarrassment. That’s always good blog fodder!

What prompted you to start your blog?

I started the blog when I was living in Holland and really struggling to come to terms with the way my life had changed. It was a humorous, but cathartic way to vent my spleen. I also wanted to document our life in Holland for posterity, but not in a depressing way.

What tips can you offer to expatriates who are considering writing their own blogs?

Just set up a simple blog and start typing. Let the words flow, and write whatever comes into your head. Anything you think that other people might be interested in. No one wants to read a depressing or self-pitying blog so it should be written in an engaging way. The first few posts might end up being just a few sentences, but gradually you’ll develop a style and think of more to say, and include pictures or photos to illustrate what you’re talking about. There’s no time like the present, and if you spend too much time worrying about you’re going to write, you’ll never do it!

I actually trained as a newspaper journalist years ago but then gave it up to run a business with my husband in the UK. Since moving abroad, I’ve gone back to writing and as well as my blog, I write a book column for an Amsterdam-based newspaper (Dutch News) as well as proofreading and editing for a European expat publisher (Summertime Publishing). I also write articles for various publications and websites.

And finally, where can people find your blog?