Expat Interview : “You Speak Weird, Like You Are Stupid” 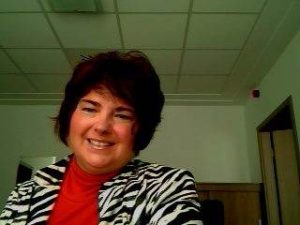 Today we meet Diane Dobry, an American expatriate who left behind her life in the surburbs of NYC to experience teaching in Hungary. Here Diane explains how breaking her arm changed her perceptions of both life overseas and within Hungary itself, and she shares some insights into some of the ups and downs that someone living overseas may endure.

Where are you currently living?
Hungary

Where in the world were you born?
In the United States in the suburbs of NYC

Why did you move overseas?
I was out of work for more than two years, and I had a job offer to teach English as a visiting professor in Hungary. I had just finished my doctorate and needed to gain teaching experience and have time to get published and to speak at conferences, and this position
provided that and much more.

Why did you choose your host country?
My heritage is Hungarian and I had done a field study here in 2004. I have close friendships with some Hungarians and I studied the basics of the language. I’ve been a visitor here and I also imported Hungarian wines to the US for 3 years. So I feel an affinity for the country, and a sense of comfort here.

How long have you been living in your host country?
Since July 2011

Who did you relocate with?
I am over 50 and divorced with grown children, so I came to Hungary alone.

Was it hard to get a visa for your host country that was appropriate to your circumstances?
The college where I work took care of all the paperwork and I just had to go on the interviews and sign the papers. It was not as difficult as I had expected

What is the medical care like in your host country?
I actually could (and plan to) write a book about that. I broke my arm early in my stay here, even before all the paperwork was finalized, and have learned a lot about it. My medical costs are all covered because it is social medicine, however, there is a HUGE cultural gap in the way medical care, self-advocacy, and choice is viewed as opposed to what I have been used to as a working American.

At the same time, without a job in America, I do not know what my options would have been, and whether or not I would have had to go into debt if the same kind of accident had happened to me in the states. I have to accept that it is what it is. The government here is paying for me to be taken care of, and they have their own way of doing things — and basically, if I want to be taken care of in a way that is more in line with my American expectations, I am free to go back to America for healthcare, but I obviously cannot afford it. I did visit a doctor while I was in America briefly, and it cost me $250 for a 5-10 minute consultation.

Do you need medical insurance and, if so, how much is it?
I just needed a residence card showing that I live and work here legally and then I get a medical insurance card from the government. I am not sure if there is a deduction from my pay to cover this insurance, but my understanding is that Hungarian citizens who are not employed still have health coverage. I would not, as an unemployed ex-pat, from what I understand.

How do you make your living in your host country?
I teach at a college–primarily classes in English language, but also American culture, American literature, and in my specialization of media studies.

Do you speak the local language and do you think it’s important to speak the local language?
I’ve studied Hungarian and I have been speaking it as a beginner for 8 years, mostly because in the US it is hard to find someone to practice with and in Hungary, my friends usually speak English. However, I have taken brush-up courses and practiced with books and tapes to at least maintain some conscious understanding of the language. In my current circumstances, however, especially with having to stay in various hospitals, I have needed to use the language much more regularly, and to learn new words that are related to my needs and situation.

I understand a lot of what people say to me just by knowing the vocabulary, even if I can’t put together a totally grammatically correct sentence in Hungarian, and I am told by a lot of people that they understand my Hungarian well enough to know what I am trying to say. The slower and more simply they speak, the better things go all around. However, while the adults are telling me I speak well (I think it is actually that I speak better Hungarian than they would expect from an American), a 4-year old boy who was listening to me speak asked me (which I was told later), “You speak weird, like you are stupid.”

But I definitely think it is better to know at least a conversational level of the language because not everyone around the world speaks English, and even if they do, there is a great appreciation by the locals for those who speak English (Americans, especially) that try to communicate in the local language and do so with a modicum of success. It’s an issue of respect as well as survival.

Are there any local customs, laws or traditions that it is important for potential expatriates to be aware of and adhere to?
I don’t know about laws, but tradition wise, there is a kind of old-fashioned mentality about men and women–the nice things are that men hold the door open for women, men say to women “I kiss your hand,” and it’s just not a feminist culture here. Sexual inuendos, imagery or jokes are not seen as a reason to be offended or to protest. The many, many politically correct sensitivities (especially in academia) that one gets used to in America are not part of the Hungarian culture. And, it is possible to see American memorabilia that include confederate flags, for example, or depictions of naked women in the workplace.

Do you ever get homesick?
I do get homesick, especially since I have been hospitalized several times in Hungary and my family is not with me, but my co-workers are SO very generous, kind and helpful to me, sometimes in more ways than my own family would be, I think. On Thanksgiving I was particularly homesick because my family was all gathered together at my brother’s house, and I had hoped to skype with them as they sat around the table, but I had to have my second surgery on Thanksgiving day and couldn’t even speak with them.

I was glad to feel well enough to attend a Thanksgiving celebration two days later hosted by two other American ex-pats in my town. I believe that if my experience had been the more carefree European experience that I had imagined it would be (without a broken arm and a lot of medical concerns), I would be much more inclined to stay living abroad because I would not have felt as vulnerable and as homesick as I did having to undergo confinement, pain, and recuperation alone and far from loved ones.

How long do you plan to remain in your host country?
My contract ends in August of this year, but they have verbally said they would like me to stay on if I want to. So far I have no offers in the US, and I told my current employers that if I do not have any interest from employers in the US by March/early April, I would be interested in staying on. However, I am facing a third operation on my arm, and after having visited my family at Christmas time, my desire to go back to the US is stronger, but practically speaking, I may need to stay here for health purposes.

Have you purchased a property in your host country or do you rent?
My housing is provided for me by the college that I work for and it is brand new, furnished, and very, very satisfactory. It is part of my compensation.

What do you think about the locals?
The locals here have been the most kind, warm, pleasant people I’ve ever met. They are friendly, they go out of their way for me, they offer me rides in their cars, even if they have to get up at 5 in the morning to do so. I find it so charming that even if you share a seating area (the enclosed compartment) on the train with strangers, everyone who gets up to leave bids their fellow passengers good-bye. Everyone wishes each other “good appetite” and says “to your health” when they leave the table or take your plate away (as servers in restaurants or cafeterias do). There is a general politeness to others in the community that is part of the local manners.

What are the three things you like the most about your host country?
I love the architecture and the colors in Hungarian buildings. I like the marketplace and its offerings of freshly grown produce that tastes so delicious. And I love Hungarian breads.

What are the three things you like the least?
What I like least about the country is some of the differences in how we view health vs. how they view health–in diets, in sanitary practice, in the idea of cold air or ice being a source of illness, for example. I least like the outdated transportation vehicles — old trains, old buses, etc. I least like that when the daylight starts to dim, or if it is a gray day, the indoor lights are not turned on and people work in the dark, or have to find their way through darkened hallways to find a light switch, or that street lamps are not prevalent and with the uneven pavement and holes in the ground, it is hard to navigate walking at night.

Do you have any tips for our readers about living in your host country?
Wear flat shoes, carry a flashlight. If you have to go to the hospital, bring toilet paper, eating utensils, all your own personal toiletries, towels, clothing and slippers, because none will be provided to you. It’s sometimes hard not to want to say, “In the US we do things like this,” simply as a matter of fact, but it is likely to be taken as a comment of
one-upsmanship–as if to say, you should learn from us because you’re doing things in a backwards way. There can be sensitivity by the locals to their lack, to their difference, especially with what they see on the media that is so predominantly related to American culture and what purports to be American lifestyles.