The 5 Best Places to Retire in South America 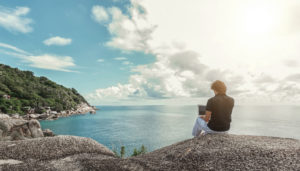 Brazil is the largest country in South America. Although the first language of the country is Portuguese, English is widely spoken throughout the majority of the popular retirement destinations. The country itself has a lot on offer. It is extremely vast and offers a plethora of outdoor activities and interesting sites to explore.

Climate: Geographically speaking Brazil is a very diverse country, and the climate that you experience will therefore depend upon the area in which you live. It can get extremely humid in Brazil but, on the whole, temperatures are relatively comfortable throughout the year, especially in the North East, an area that many expats favor. However, expat retirees who are seeking a more temperate balance can head further south where you will there are more distinct seasonal changes and even the occasional snowfall during the winter months.

Healthcare provisions and costs: For foreigners seeking permanent residency and citizenship, the cost of health care can be very attractive, especially for retirees from countries such as the U.S.A. However, it is important to note that many of the public hospitals are extremely overcrowded and under-funded and, as such, it is therefore recommended that people who retire in Brazil do arrange medical insurance and take advantage of the private medical facilities on offer. Health insurance costs from BRL 500 monthly for both a primary and secondary member with this rate varying according to the benefits and entitlements that insurees require.

Visa requirements: In order to retire in Brazil, you must be at least 50 years old and will need to have a solid pension in place that amounts to at least $2000 USD per month, with an additional $1000 for each dependent that you intend on supporting. Applicants need to provide identification, application fees (approximately $200 USD) and a letter that clearly states why they intend on taking up permanent residency in Brazil. You can apply via mail or by visiting a Brazilian embassy directly. The visa must be in place before you travel to Brazil.

The typical cost of living:

Argentina’s economic meltdown in 2002 forced down the cost of living in the country and ever since it has attracted expat retirees in their droves. While the economy is now on the mend, the rich cultural landscape and high standard of living continue to lure retirees who are searching for a scenic and sophisticated place to live. Many retirees opt for the capital city of Buenos Aires, a place that never sleeps and offers an affordable urban lifestyle. Others, especially those seeking more of an outdoor lifestyle, are drawn to cities such as Bariloche, Mendoza and Chubut.

Climate: Argentina lies south of the equator meaning that its seasons are the reverse of those experienced in Europe and North America. Summer in Buenos Aires occurs during the months of January and February and during this time the weather is hot and humid. Winter, on the other hand, can be damp and chilly. Rain falls throughout the year in Argentina and ranges from between 100 cm per year (39 inches) in Buenos Aires to less than 50 cm (20 inches) in Mendoza in the foothills of the Andes.

Healthcare provisions and costs: Argentina has a well-developed national health system that is available to all, even those from abroad, although there are some limitations to this latter group. However, the health service here does experience high demands for services and there are often long waiting lists for treatment and operations. Many people opt for private healthcare in order to avoid this and ensure that they have access to the care levels they require during their retirement in Argentina. Private physicians, clinics and hospitals often expect immediate cash payment for health services. A visit to a doctor costs anything from US$ 17 up to US$50 (for a specialist).

Visa requirements: Retirement visas are issued to those people that have a monthly income of at least AR$ 2,000 at their disposal. To apply, you will need four standard-size passport photos, a birth certificate, a statement of good conduct, a valid passport and the application fee.

Alternatively, if you receive an income from investments made abroad that are equal to at least AR$ 2,500 per month, you can apply for rentista visa. This visa is issued for the duration of one year and can be renewed. 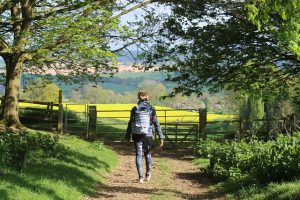 Uruguay has one of the lowest crime rates in South America and doesn’t suffer from hurricanes or earthquakes. This makes it hugely attractive for retirees who are seeking a destination that offers a low cost of living in a safe environment. The standard of living in Uruguay is high and the country has well-developed transport links and infrastructure. This entails that it is not quite as affordable as a retirement destination as some of the other South American countries but, relative to many Western and Asian countries, it still offers a low cost of living.

One of the biggest draws for retirees who are looking to move to Uruguay is the fact that foreign-sourced income, such as pensions, can be enjoyed tax-free locally.

Climate: Relatively moderate throughout the year.

Healthcare costs: Low-income foreigners and nationals are entitled to free medical care in public hospitals, but this is not recommended. The majority of retirees purchase insurance from a local hospital at the cost of $50 to $75 a month, and this covers their care.

Visa requirements: Any foreign visitor can apply for a residency visa providing that they meet a number of requirements related to areas such as owning a property, having a bank account with adequate funds and proof of income of over $6,000 a year or more.

Ecuador really does have something for everyone. From snow-capped mountains to beautiful coastline, rainforests to colonial cities, the diversity of the geography and culture on offer is unrivalled elsewhere in South America. Ecuador offers a very low-cost living, which serves as a major draw for retirees who are seeking a location where they can make the most of their limited pension funds. However, unlike some of the South American alternatives, Ecuador is not quite as developed as a country and the infrastructure outside of the main cities can be somewhat lacking.

One extremely popular destination in Ecuador for expat retirees is the coastal city of Manta, which offers a good standard of facilities without the price tag of some of the bigger cities.

Climate: Ecuador is tropical along coastal areas and in areas near the Amazonian jungle, but cooler inland at higher elevations.

Visa requirements: Expats that can provide documented proof that that have an income of at least $800 per month, plus $100 more per month for a spouse or dependent, are eligible for a retirement or pensioner visa.

Cost of healthcare: Most expats select a hospital and then arrange medical insurance through that hospital. The costs are relatively low when compared with the US. In Cuenca’s Hospital Universitario del Rio, for example, a private insurance policy costs as little approximately $85 a month for a 61-year-old.

Nicaragua’s popularity as a retirement destination is just growing and growing. Many expatriate retirees are drawn to the country as a result of the extremely low cost of living on offer there and it is possible for expatriates to live extremely comfortably on less than $18,000 USD per year.

One of the biggest attractions of Nicaragua for expat retirees is the outdoor lifestyle that is on offer. Nicaragua has some of the best scenery and countryside in the world and there is plenty of things to explore.

Climate: There are two distinct seasons in Nicaragua. The rainy season starts in May and lasts until November and the dry season lasts from November until April. It is generally warm during both the dry season and the wet season.

Healthcare provisions and costs: Healthcare in Nicaragua is of a high quality and is available at a much lower cost that similar healthcare in the U.S. or Europe. Emergency treatment is provided free of charge. Many of the medical professionals that work in Nicaragua have been trained in US, Mexico, Europe, Cuba or the Caribbean and the standard of care is good. A visit to the doctors will cost between $10 and $30 USD and hospitalization in a private room will be approximately $100 USD per night.

Visa requirements: Nicaragua has a foreign retiree residency program. Retirement visas are relatively easy to acquire providing that you are over the age of 45, are free from any major diseases and that you have a monthly income of at least $600 USD.