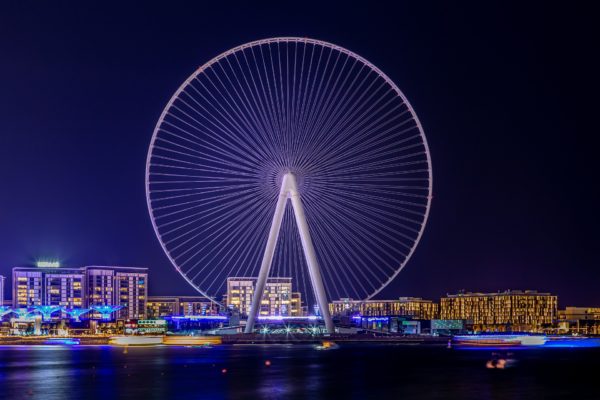 Guide To Living In Dubai | Everything You Should Know

Are you planning to move to one of the leading cities in the world? Here you will find information that will be useful to you when deciding to move to Dubai. 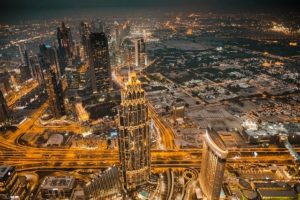 It has become one of the major tourist getaways and takes a lot of steps to maintain this status. The government is less strict in tourist places, and employers make working week schedules more flexible in order to soften the cultural barrier between people with different religious views (plus, a four-day workweek is actually more effective in terms of performance). Everyone who goes there on vacation comes back so happy… But what about living in Dubai city for more than two weeks? What about spending half a year there? Let’s see.

Dubai’s original buildings were functional, simple, durable, and most important, suitable for a hot humid climate. You can still find plenty of original-looking buildings in the historic quarter of Al Bastakiya.

The modern architecture of the city can be best described as innovative. Dubai is a home for some extremely high places. More than 100 skyscrapers reach higher than 180 meters (591 ft) in the city’s sky. Most buildings are made of concrete, have ascending spirals as stairs and glassed walls.

As a resident of Dubai, you will need to rent or buy apartments in Dubai. To choose the right area to buy property in Dubai, follow the example of locals. They prefer to live in areas like Muhaisnah, Nad Al Hamar, Al Warqa, Al Barsha, and Jumeirah areas.

For a more fashionable life, look for deals in posh neighborhoods like Dubai Marina, Palm Jumeirah, and Downtown Dubai.

Locals earn about $5800 in a month. Let’s see what they can afford for this money.
The prices for real estate here fall or skyrocket depending on districts — so do the prices on different types of services. For utilities, the average check is around $300 all around the emirate. Prices in grocery stores, by local standards, are affordable. The cheapest grocery stores can be found in the Deira neighborhood. The most expensive goods in all shops are local cheese ($10), meat ($8-$10), and alcohol ($13) while fruit, vegetables, and, you know, usual food rarely reach higher than $2.

As for transportation, a monthly pass in public transport will cost around $81. Taxi start costs $3 + $0,68 per kilometer as a standard. The monthly fee for going to a fitness center two days a week is around $73. For a three-course meal for two people in a mid-range restaurant, people pay about $68 on average. A pair of Nike trainers cost $92 just like a pair of men’s business leather shoes. You will find plenty of shopping malls in Dubai with products for any price and taste.

The official language of Dubai is Arabic but there are many dialects prevalent in the emirates. Locals mostly speak Gulf Arabic or Khaleeji. However, non-Arabic speakers shouldn’t get discouraged.

Dubai is a cosmopolitan city. Due to a large number of expats, English is the most spoken language. Newly arrived people will easily find their way around with at least a basic grasp of English.

Asian people (chiefly Indian 51%, Pakistani 16%, and Bangladeshis 9%) comprise 71% of all expat population that live and work in Dubai. Hence, you will often hear Hindi, Urdu, and Bengali as you stroll through the streets of the city. Mandarin has been showing a steady rise too. Some schools offer it as an additional language, and many public places feature signs and translations in Mandarin. 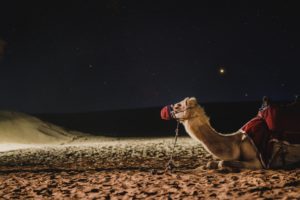 Dubai is a subtropical desert with two distinct seasons — winter and summer. Westerners will find winters in Dubai quite bearable with the mean temperature in January reaching 19,7°C (or 67,5 °F). Winter usually starts around the second week of October and lasts until the first week of April. It’s actually the best time for outdoor activities.

The job market of the UAE managed the pandemic’s hit well, largely due to the government’s smart and quick response. The emirate has one of the most advanced public healthcare systems and state-of-art medical facilities. Healthcare and life sciences, human resources, and technology are expected to become the most resilient sectors in 2022.
Thousands of jobs are open in different fields, so finding a job in Dubai has always been a matter of the right tools. Expats often work essential jobs right after relocation, working with their hands or getting consumer-facing service jobs (particularly, in the hospitality industry) — and often move away from them as soon as they have enough savings.

The rapid growth of Dubai became supersonic in the 90s, due to oil that was discovered in the emirate in 1966. The money earned was invested to make the city the largest trade, financial, and tourist hub of Western Asia. What is surprising, nowadays oil accounts for only 1% of the city’s GDP while tourism makes around 20%.

The tourist zones with less strict rules that are mentioned above exist because it’s very profitable, but living in Dubai city means getting to truly know it. Moving is always a cultural shift, but it is exciting. Keep an open mind, be kind and respectful, and enjoy building a part of your life in this amazing place.

To learn more about Dubai city you can check out our destination page dedicated for expats willing to move to Dubai.