The 10 Most Popular Languages in the World 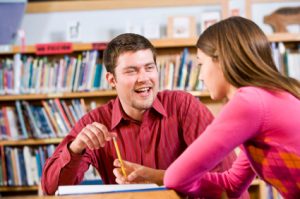 As an expatriate moving to a country that speaks a different language to your native tongue, you can often wonder if it will be actually worthwhile learning this new language, especially if you are uncertain as to how long your stay in the country will be. One way of assessing the situation is to consider where else in the world that the given language is spoken, the more popular it is, the more likely your efforts to conquer a new lingo will pay off in the future. Here’s our lowdown on the 10 most popular spoken languages in the world.

The Malaysian language is actually very complex and many different variations of the language are spoken and understood by Malaysian people throughout the world. Since the times of colonial rule English language has remained important and continues to influence the dialect today. However, Bahasa Malaysia and Bahasa Indonesia remain the official languages of the region and are spoken by over 175 million people throughout the world.

While French is only the ninth most spoken language in the world, it is second only to English in terms of the number of countries where it has official status. French is also the only language, with English, that is taught in every country of the world, with an estimated 100 million students and 2 million teachers throughout the globe.

Bengali is an Indo-Europian language and is therefore a cousin of English, German, French, Spanish, Russian, Polish, Gaelic, Welsh, Persian, Hindi-Urdu, Gujarati, Marathi, Oriya, Assamese. It is commonly ranked as one of the top five languages in terms of the number of native speakers. Bengali is also sometimes referred to as Bangla.

Portuguese is considered to be one of the five modern Romance languages, together with Spanish, French, Italian and Romanian. While standard Portuguese is based on the dialect of Lisbon and dialectal distinction in Portugal is limited, there are differences between Brazilian and European Portuguese, including variations in phonology, verb conjugation, and syntax.

Arabic is one of the oldest languages in the world. While there are many different variations and dialects within the language, there is a form of Arabic that is referred to as Modern Standard Arabic, which is understood by most Arabic speakers and is often used in international organizations. Arabic is also one of the official languages of the United Nations.

To the people who speak it, Spanish is sometimes called español and sometimes castellano. The labels used vary from region to region and sometimes according to political viewpoint. One of the best things about learning Spanish is that it is considered to be one of the world’s most phonetic languages: if you know how a word is spelled, you can almost always know how it is pronounced. Spanish ranks as the world’s No. 2 language in terms of how many people speak it as their first language.

While it is the second most popular language in the world, English is also one of the most difficult to learn due to the fact that its basic rules have a lot of unexplainable exceptions and its words are hard to spell. The English language is believed to have the largest vocabulary of all the languages in the world, with almost 800,000 terms (and growing), although approximately only 6,000 of them are commonly used in everyday language.

While Mandarin can be one of the most difficult languages for westerners to learn because it is tonal, it is actually considered to be one of the easiest Chinese languages as it only contains 4 tones while others can have up to nine. The number of people throughout the world who speak Mandarin Chinese is expected to rise to 1.5 billion by the year 2050 so, when it comes to learning English, this should be top of your list.