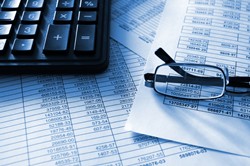 Expats who live and work in China are required to pay individual income tax (IIT) and those that are employed by a foreign-invested company in China need to pay tax from the very first day that they arrive in the country.

While ITT payments are normally automatically deducted from employee’s wages and paid to the tax authorities every month, there remains a requirement for expatriates to complete and submit an annual IIT declaration within three months of the end of the previous calendar year. As such, the deadline for the 2011 tax year will be the 31st March 2012. It is a legal requirement that all employees who are liable for IIT to file the self-declaration tax return if they meet one or more of the following conditions.

The following are considered to be sources of income and are subject to IIT.

Exemptions to the 190 day rule

The 90 (183) day foreign employment exemption rule does not apply to any expatriates that are considered to hold a senior management position. Such expatriates are required to pay IIT regardless of the number of days they reside in China during a calendar year. Positions that are considered to constitute senior management include, but are not limited to, the following:

The income tax system applied in China is progressive and rates range between 3 and 45 percent of an individual’s monthly income. A standard monthly amount of RMB 4,800, together with social insurance payments, is deducted from the salaries of foreign workers before the tax payment is calculated. Taxable income includes salaries, bonuses, year-end bonus, profit shares, allowances or subsidies or any other income related to job or employment.

Some employee benefits are not considered to constitute taxable income. These include:

Non-employment income is subject to different tax rates than employment income and these range between 5 and 35 percent, depending upon the source of the income. Full details can be found in China Briefing China Tax Guide.

Where should the annual self-declaration be filed?

Content for this article was adapted from the China Briefing China Tax Guide. Further information and advice can be found within the guide. Expatriates should always seek professional help when filing their tax returns.