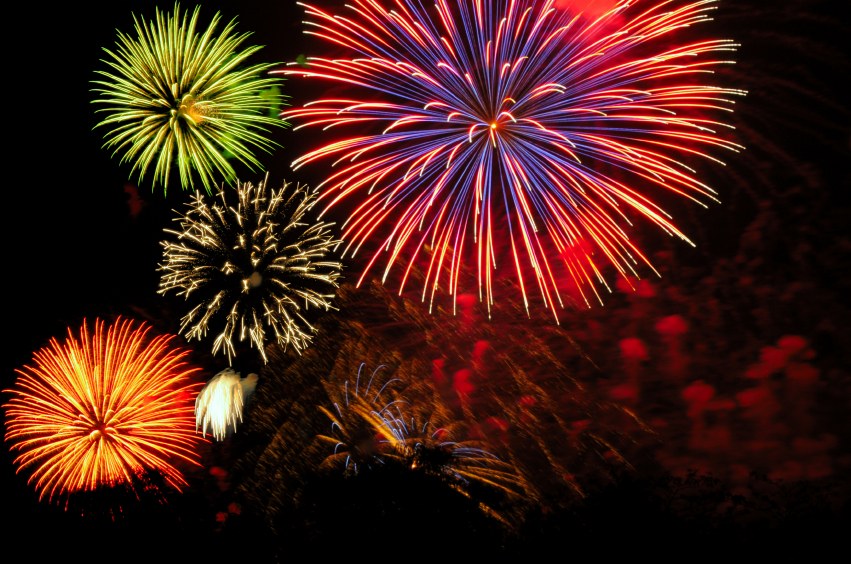 This New Year’s Eve, when the clock strikes midnight, expatriates throughout the world will celebrate the arrival of 2013 and the fact that the Mayans got it wrong and the world didn’t end in 2012 after all. Here we point you in the right direction for locating a party or event in your part of the world. Whether you are watching fireworks in Marina Bay in Singapore, seeing in the New Year to the strike of Big Ben in London or enjoying the Tweede Nuwe Jaar in Capetown, there’s something on offer for everyone.

New Year’s Eve promises to be a big event this year in Cape Town and there’s plenty of parties planned throughout the city to celebrate both the 31st December and the Tweede Nuwe Jaar (Second New Year). For full details of some of the events that are planned, check out the Cape Town Magazine’s NYE listing.

Dubai is never a city to let New Year’s Eve pass unnoticed and this year promises to be no exception. Whether you attend the Gala Dinner at the Jumeirah Beach Residence or opt for teppanyaki at Sakura, there is something planned for everyone. Check out the Dubai Night Planner for a full list of events.

There are plenty of huge events planned throughout Auckland and the surrounding areas. From beach parties to vineyard entertainment, there’s a wide range of things going on to suit all budgets and tastes. Check out View Auckland’s New Years Eve events for further information.

Bangalore is going to be alive with New Year’s Parties this year and clubs, pubs and venues throughout the city are planning an eclectic mix of parties and gala dinners. For a comprehensive list of some of the events that are taking place in Bangalore this New Year’s Eve, check out Buzz in Town’s listings.

New Year’s Eve in the capital of Thailand is celebrated in style and expatriates throughout the city should head over to the CentralWorld Mall, where a 69-foot-high Greeting Ball Tower signals the arrival of midnight. This year’s event, Big Hug Big Fun will feature a range of different artists, including Palmy, Ice Sarunyu, J Jetrin, Moderndog, Joey Boy, KPN, Lipta, Stamp and many more! Plus, revelers will have a chance to win a Toyota Prius at the countdown event!

While New Year’s Eve is not as heavily celebrated in Asia as it is in many other places throughout the world, there are a few things going on in the city to mark the start of 2013. For details of some of the parties that will be taking place, check out the Travelfish guide to NYE in Hanoi

The waterfront promenade at Tsim Sha Tsui is the place to be to welcome in the New Year in Hong Kong and it offers an ideal vantage point from which you can enjoy the spectacular fireworks display. Those looking for something slightly more unique can book a two-hour cruise on the Shining Star Ferry, where they can enjoy a gentle sail around Victoria Harbour. It departs from the Tsim Sha Tsui pier, $24 per adult. Further Information: discoverhongkong.com.

Melborne will be welcoming 2013 with a range of firework displays throughout the city, many of which will utilize Melbourne’s natural resources, such as the Yarra River, the vast parklands and the Docklands amphitheatre. According to the event’s organizers, you should get a good view of the fireworks from wherever you can see the city skyline. For further details on what’s going on in Melbourne, see the Melbourne Events Directory.

Restaurants and bars throughout Mumbai have a wide range of special events planned for New Year’s Eve. For a comprehensive listing of the city’s top spots to welcome 2013 see the Mumbai Boss Guide to New Year’s Eve.

New Year’s Eve fireworks event will be held at the Bosingak Belfry in Jongno, Seoul City. The event can be a pretty special experience for expats who have not witnessed it before. It is the local tradition to take along a roman candle to the event. Everyone lets these off after the traditional bell ringing ceremony. For those wanting to avoid either the cold or the crowds (or both) there are various venues nearby where you can hear the tolling of the bell. You can also make a reservation at Top Cloud on the 33rd floor of Jong-no Tower.

Most of the parties that will be taking place in Shanghai this year will be firmly targeted at Shanghai’s party people. For a comprehensive list of events and club nights that will be on offer, see the SmartShanghai guide to New Year 2012.

New Year’s Eve in Singapore is marked every year by a spectacular fireworks event at the Marina Bay. It’s a huge favorite with expats and locals alike so it is advised that you get there early to enjoy a good view. Further information: New Year’s Eve fireworks in Singapore

There really is only one place to witness the arrival of 2012 in Sydney and that is at the Sydney Harbour Bridge. It’s a huge event that attracts more than one million people every year. The firework display is usually spectacular and competes with many other cities throughout the world for the most dazzling way to welcome the New Year. Further information about enjoying New Year’s Eve in Sydney: Sydney New Year’s Eve

The New Year celebrations start early in Tokyo and the partying starts on the 29th December and lasts through to January the 4th. A large amount of shops do close to mark New Year but the people of the city come out in their droves and bars, restaurants and clubs throughout the metropolis will be packed full of people. Join the locals in welcoming the new year by eating Toshikoshi Soba (New Years Eve Noodle), which symbolizes a long and healthy life. The Watch-Night Bell, an analog to a countdown, rings 108 times at temples throughout Japan in a bid to rid the country of poverty and unhappiness. Make the most of the opportunity to visit the Imperial Palace, which will be open on January 1st, one of the few days in the year that it is open to the public.

New Years in Amsterdam is going to be a big affair and bars, clubs and restaurants throughout the city will be offering a range of different entertainment to suit all tastes. The I Am Amsterdam guide to New Year’s Eve contains a comprehensive list of some of the activities that will be on offer.

Despite the freezing temperatures, the annual New Year’s Eve celebration in Berlin is a huge affair. City officials claim that their New Year’s countdown is the largest in the world and this year they are expecting in excess of one million revelers on the nearly mile-and-a-quarter-long stretch between the Victory Column and the Brandenburg Gate. Laser shows, live music and party tents will be scattered throughout the stretch where you can enjoy traditional German foods and beer. Those who are looking to escape the crowds can head to Unter den Linden Boulevard, where they will be able to enjoy the fireworks in a more tranquil setting.

London is yet another city that goes to great lengths to welcome the New Year in style. People flock to the banks of the Thames to watch the annual firework display. From 10pm, a live DJ will be playing hit tunes and party classics to entertain the crowd before the clock strikes 12 and Big Ben’s famous ’bongs’ will be relayed across all viewing areas. The New Year will be marked with the UK’s biggest annual fireworks display launches from the EDF Energy London Eye to a specially created musical soundtrack. More information: http://www.london.gov.uk/events/nye

Puerta del Sol is the place to be on New Year’s Eve and it becomes the centre of attention for the whole of Spain as everyone awaits the time at which the clock mounted in the roof of the offices of the “Ayuntamiento de Madrid” (City hall) chimes the end of the old and the beginning of the new year. The area surrounding the Sol itself becomes a major party scene where the people of Madrid convene to welcome the New Year.

The run up to New Year tends to be celebrated in the family home in Moscow but when the clock hits 12 the real party begins and people come out onto the streets to wish each other well and share a drink or two. The party in Red Square is huge but expect freezing temperatures and plenty of crowds.

Many people in Paris celebrate New Year’s Eve by watching the fireworks at the Champs-Elysees. Parisians, expats and tourists alike begin arriving around 9pm, all vying for a spot that will give them a view of the fireworks as they explode in front of the Eiffel Tower. Bring your own champagne and be prepared for some serious celebrations.

There are huge parties taking place throughout Chicago to mark the end of 2012 and the start of a new year. A list of the events that will be taking place in the city can be found here: Chicago New Year’s Eve Parties

Los Angeles is a cosmopolitan city that is home to people from all walks of life. As such, you can expect plenty of parties and events that will appeal to all tastes. For a comprehensive view of some of the things that are taking place on New Year’s Eve, check out Go Los Angeles’ guide to NY LA style.

Times Square is where it’s at on New Year’s Eve. If you want to be party of what may be the world’s biggest party, you’ll want to head down to the famous landmark where an estimated one million people are expected to gather to see in the New Year. Be prepared for crowds and expect a big party that you will never forget.

This year there are a wide variety of different events taking place throughout Toronto and there is something for everyone. For a full list of events, see Show Me Toronto’s guide to New Year’s Eve.