Places for Expats to Watch the Royal Wedding Celebrations 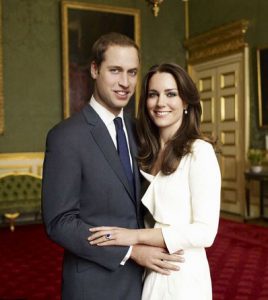 If there’s one occasion during which British expatriates may wish they were back home it’s got to be during the royal wedding of Prince William and Kate Middleton. Whether you’re interested in the royal proceedings and pomp and ceremony or not, there’s bound to be a few great parties on the go—and who would want to miss out on those?

Well fear not, we’ve taken up the gauntlet and scoured the earth for places to watch the Royal Wedding in major expat destinations throughout the world—all in the name of a good party of course!

The British Chamber of Commerce and the BBC are offering a gala event to mark the Royal Wedding. This black-tie event will feature a whole host of entertainment, including comedy acts, tribute bands and dancing. A donation from the proceeds of the evening will be made to Prince William’s Charitable Foundation. The cost of the event is $200pp, $2000 per corporate table.

The Langham Xintiandi, Shanghai, is celebrating the Royal Wedding with a gala charity dinner in aid of the International Red Cross. Guests will enjoy a four course dinner followed by a chocolate wedding biscuit cake that is expected to be a variation of the one that William and Kate themselves will be enjoying at their own wedding reception. A number of items will be auctioned for charity, including Wedgwood pottery, a made-to-measure suit and a wine tasting course. Prices are RMB8,888 for a table of ten or RMB988 per person, including premium wines.

The British Club of Singapore are never ones to let an excuse for a good party go to waste and their Royal Wedding celebrations promise to be quite an affair. The group’s mammoth celebrations will last 10 days including afternoon tea, race night, celebratory dinner and, of course, a great big party. Talking to UK newspaper The Telegraph, managing director of the British Club, Sean Boyle, explained why they were going to such an effort: “We are taking it very seriously but we see ourselves as flying the flag for Britain.

“This club has always had a connection with the royal family – Princess Anne opened it in 1987, and we’ve had a lot of royal visitors – so it seemed a good opportunity to reflect that. And there’s thousands of Brits in Singapore, who are all very excited about the event”.

Where: The British Club, 73 Bukit Tinggi Road
When: Various events run from Thursday 21st April through to Sunday 1st May.
Registration: activities@britishclub.org.sg

Bangkok’s British Club are holding a Royal Wedding garden party to mark the marriage of Prince William and Kate Middleton. The family-orientated event will include a live screening of the wedding followed by a buffet. There will be plenty of entertainment on offer, including a bouncy castle for the children. The cost of the event is 450 Baht for buffet per person or 950 Baht per person for buffet with a bottle of the wine of the month.

Monarchy New Zealand is hosting a public celebration of the Royal Wedding in Auckland. The event is open to the public and is free of charge and will consist of a screening of the ceremony.

The British Club of Bahrain will be marking the occasion of the Royal Wedding with champagne screening of the wedding accompanied by British food. After the wedding expatriates can celebrate the momentous occasion with a street-style party complete with fairground, live music and dancing.

The Dubai Polo and Equestrian Club will be hosting their Very British Royal Wedding Party at 12:00pm on April 29th 2011. Attendees to the event will enjoy an all-you-can-eat buffet while they watch the nuptials on a big screen before attending a street-themed garden party and polo competition. The entertainment will go on into the night with a disco featuring the best of British music.

New York’s Big Apple Brits are hosting a marathon session to mark the Royal Wedding with an event that will commence at 5:00am on April 29th and run all the way through until 9:00am the following morning. A whole host of entertainment will be on offer including comedy acts, DJs and theatre performances including. There will, of course, be a screening of the wedding itself. Those looking for the street-style party that they will find back in Blighty will not be disappointed: “We’re planning to make it street party-style, so childhood memories of the Queen’s Jubilee will be flooding back for many of us!” said Louise Gale, one of the party planners, “There’s already chatter of hats, dressing up and generally making a great day of it.”

We knew the Big Apple Brits wouldn’t let us down! Tickets are available from $40-$60 USD.

Do you know of any expat events that are being held to celebrate the Royal Wedding? Please let us know and we will share details of the event with our expat community.