Are you thinking of relocating to Southeast Asia? Are you looking for a lavish lifestyle for half the cost of being at home? As many ex-pats have already discovered, Malaysia has a wealth of positives and might be your perfect ex-pat destination.

The Malaysian capital, Kuala Lumpur, is located in West Malaysia. 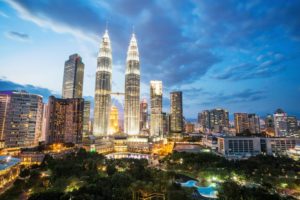 West Malaysia has a land border with Thailand. East Malaysia borders Indonesia and Brunei. It also shares maritime boundaries with the Philippines, Singapore, and Vietnam. A narrow causeway and a bridge connect Malaysia to Singapore.

Malaysia is multicultural and consists of multiple ethnic groups. Malays make up half the population, with minority groups of Chinese, Indians, and others making up the rest.

The official language is Malaysian, but English is also widely spoken due to being a part of the British Empire until its independence in 1957.

The extensive use of English is one of the reasons why Malaysia is a suitable option for ex-pats looking to relocate to Southeast Asia.

Delicious cuisine is another reason but read on to learn more about this fascinating country.