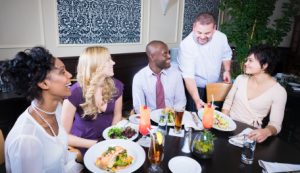 As more and more people start to recognize the importance of healthy eating the number of vegetarian restaurants throughout the world is growing on a daily basis. Here’s our lowdown on some of the best cities in the world for vegetarian expats.

Given the fact that Mumbai has the largest vegetarian population in the world, it is only fitting that this city features first in any list of great vegetarian cities. The proliferation of vegetarian restaurants throughout the city is primarily the result of the religious beliefs of the people who live there and the dominant Hindu population entails that you can pretty much find great vegetarian options in every single restaurant and food stall in the city.

Singapore has a large mix of different cultures living side by side and one of the upshots of this is that a wide variety of food is on offer. The large Indian and Chinese population entails that vegetarian food is readily available in many food courts and hawker centers as well as being on offer in vegetarian restaurants.

Thanks to Hong Kong’s Buddhist traditions there are many vegetarian restaurants available throughout the city that are not only Chinese food, but also Indian or Western inspired.

The initially shocking reverse swastika signs that are prevalent throughout Taipei actually symbolize Buddhist or Taoist vegetarian food (along with the Chinese character su). There are hundreds of vegetarian restaurants throughout the city and vegetarian food in Taiwan has developed into a separate cuisine, in which chefs form their own versions of meat using textured soy protein.

Chiang Mai offers a large choice of open-air vegetarian and vegan eateries that can usually be identified by yellow banners bearing a single Chinese character (‘jay’ or vegetarian).

Vancouver is a city whose residents are extremely health conscious and, as such, more and more vegetarian restaurants are springing up throughout the area. There are many different options to choose from.