These are the East Asian Etiquette You Won’t Learn in Guide Books.

The rich, diverse cultures of East Asia have been a source of fascination for westerners for hundreds of years, and they still flock to the East in their thousands for business and pleasure each year. Armed with a handful of basic phrases and a barely-read guide book, the opportunity to cause insult to members of an unfamiliar culture is rife. Speaking to expats who live in Asia, we give potential visitors first-hand tips on conflict aversion that you won’t find in a guide book.

Michael Brinksman, the expat information publication WhichOffshore, states that his readership is often in contact about taking business trips to East Asia.

“There seems to exist an assumption that relationships will be completely scuppered, and multimillion-dollar deals will disappear off the table due to a misplaced chopstick or an incorrect bow. 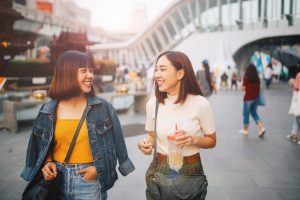 “Whilst this may to some extent be true, the fear that East Asians are so completely alien to Westerners is ridiculous and a touch archaic,” American Cameron Postelwait says it is a prime example of how East Asian etiquette can be confusing, but not necessarily deal-breaking.

“Last time I was visiting our contract manufacturers in China, they wanted to take me to KTV (their version of karaoke). I had to travel from mainland China to HK that night and catch an early flight in HK the next morning. I kindly refused, thanking them for the suggestion, but they kept on insisting, even offering to send me in a car directly to the airport. I was afraid that the SZ/HK border would close before I could get there, and I was afraid of missing my flight (KTV goes until the wee hours of the morning in a constant shower of beer and whiskey).

After several attempts to say no, I finally asked them to respect the plans I had made in a rather firm tone. Their countenances changed drastically, and the mood fell into grumbles for the next 2-3 hours that we met. Since then, we haven’t been quite as chummy as we once were. This, to me, is an example of both them offending me (since they refused to respect my plans) and me offending them for rejecting the gift of a KTV room (plus the female companionship that often accompanies).”

Whilst Cameron’s particular cultural misunderstanding in China seemed unavoidable, American Trevor Stricker, who worked in Japan for videogames publisher Sega, has assembled a checklist of easily learnable business dos and don’ts, which he learned during his several years living in Japan.

“Don’t blow your nose. See all those people in surgical masks? They’re actually people with colds trying not to spread them. If your nose is running, the assumption is you’re sick, and blowing it is like coughing in somebody’s face. Go to the bathroom or somewhere private. It’s perceived as really gross, much like farting.

“Also, never write on people’s business cards. There is a lot of etiquette about passing business cards, making small talk about them, and properly holding them. Nobody expects a westerner to know it. But writing on somebody’s card is dismissive and rude, like writing down somebody’s phone number and instantly throwing it in the trash.

“Don’t bow. You won’t offend. You’ll look silly. When you’re in Asia, you will constantly be given handshakes that hold on forever or are super weak or where they grab a finger. Hey, they didn’t spend their youth calibrating the duration and grip through daily practice. Your bow is the same way.“

James A Brown is a senior Guide for SWS Mountain Guides based in Northern California, operating in Nepal since 2002 as both a trekking and climbing guide. His etiquette experience falls more into the religion-cultural sphere, and he suggests that the Nepalese non-confrontational values are often what put visitors at risk of offending unknowingly.

“I would say that cultural offense fall into two categories: abrupt and simmering. I describe abrupt offense to my client as those that Nepalis would immediately attempt to stop you from doing. These generally have to do with health or religious practices. Wearing shoes into a temple or home, photographing a deity, or touching something sacred with your left hand are just a few examples of things that will bring fast reactions. Depending on the offending stature, cast, and personality, it can be quickly resolved or leave a lingering issue.

“What I describe to my clients as a simmering offense are the ones that aren’t immediately resolved and can build to conflict later. Offenses that often elicit this response are impatience, disrespect, and an unwillingness to conform to Nepali cultural norms. American and European tourists are generally used to being pampered when on vacation, so they are often all three of these things.”

David Ury has lived and worked in Japan for over a decade as a Japanese graphic novel translator. He even co-authored a new graphic novel, “Everybody Dies: A Children’s Book for Grown-Ups.”

His top tip for western visitors to Japan is to put aside your feelings of entitlement and understand that, although willing to help, the Japanese “tend to shut down” when confronted by an angry foreigner.

“Many times, I’ve seen frustrated tourists losing their cool and shouting in English at befuddled train station employees, shop owners, etc. I once came across a pair of lost Australian tourists shouting at these young school girls trying to help them. Losing your cool in that way is not looked upon well.”

However, just as you may become embittered by Asian tourists blocking pavements whilst taking photos or misunderstanding the public transport in your own country, ultimately, these small misunderstandings are easily forgiven. Despite our cultural differences, what East Asians and Westerners share is an understanding that these misunderstandings are inevitable. Just like the Japanese bow or the Western handshake, perfect cultural assimilation takes time. Keep your cool and if you don’t know, ask.