The Pros and Cons of Raising a Third Culture Kid 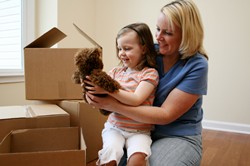 The term Third Culture Kid is often applied to children who have spent their formative years living in among foreign cultures away from their home country. In short, it is the name psychologists give to the children of expats.

Living abroad can have a significant impact on children’s outlook and can affect their personalities, views and general approach to life. While adults who relocate generally have their identities and cultural outlooks firmly in place, children may not yet have developed a full sense of who they are and where they are from. As such, they are more likely to be personally impacted by exposure to external cultural influences. Furthermore, they may struggle to find their place in the world and may grow confused as to which culture they actually belong to. Here is our lowdown on some of the pros and cons of raising third culture kids.

Were you a third culture kid, or have you raised children abroad? What do you think are the pros and cons of raising a TCK? Please leave a comment and share your experiences.