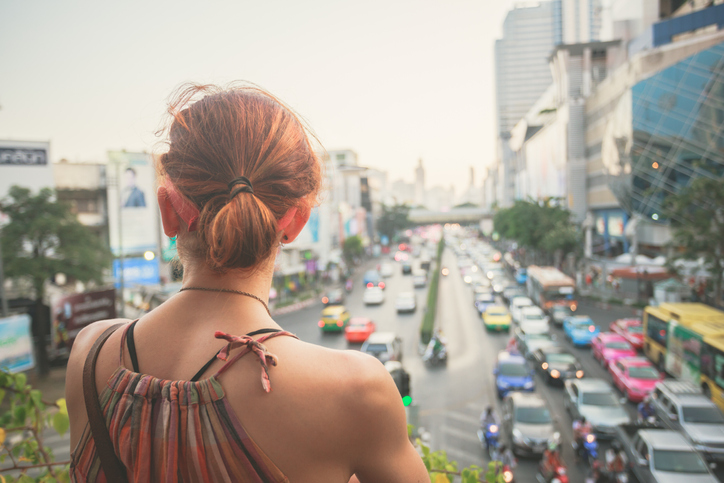 Musings on Trailing Spouses from an Expat in HK

Another question I get frequently asked is, “what do you do all day?” Anyone who knew me well in my previous life is amazed that I could ever be content watching daytime television and refining my coffee making skills.

Well, I wasn’t! Although the acquisition of a dog did distract me slightly at first, it wasn’t long before I once again started to yearn for something challenging in my life. Whereas back at home I used to complain that life was just one thing after another, I now found that it was the same damn thing over and over again!

My husband suggested that I recommence the job search but I personally wasn’t so keen on that idea. You see, I’m seriously of the opinion that if you get thrown off the horse there’s absolutely no point in getting back on it… the horse probably just doesn’t like you. Call me a quitter but I pride myself on knowing when something has me beat. Had I not known when to quit, and stuck steadfastly to all my previous escapades, I would now be a multi-lingual, talented guitarist, who was both a skilled bricklayer and a fully-fledged member of the magic circle (and probably more appealing to recruiters for the Hong Kong job market).

The majority of trailing spouses here in Hong Kong occupy themselves with a number of activities. One of them involves copious amounts of alcohol, but I’ll discuss that at a later date. Many expat wives and husbands decide that their new lifestyle affords them the luxury of having children or becoming a full time, stay-at-home, Mums or Dads. I have to confess that both my husband and I were quick to recognize that this was not a viable option for me at this juncture.

There are two reasons for this. Firstly, I have been known to forget to give the dog water, having only been alerted to this omission by the fact that he is licking the floor (this is a joke by the way before you set the animal protection agency on me. It has never happened). Secondly, the last time I held a newborn baby I inadvertently remarked, “Gosh, they’re quite like human beings aren’t they?” (This, unfortunately, is not a joke and it did happen). No, I’m afraid that if my husband wants to hear the pitter-patter of tiny feet he is going to have to put clogs on the dog.

A large percentage of those who abstain from the amber nectar or the call of a purse that doubles as a diaper bag, find themselves teaching English as a foreign language. This actually pays quite well, has good working hours and plenty of holidays. In countries such as Hong Kong, jobs are plentiful and the appropriate qualifications can be gained very quickly. A number of others do charity work or study something new. It is also very common for trailing spouses to start their own businesses. The majority of these are in cottage type industries and people seem to discover a whole new creative side that they hadn’t previously known existed. The entrepreneurial route is the one that I ultimately pursued but that, again, that is a topic for another day.

The truth is that being an expat wife or husband does truly give you an opportunity to start afresh and do something new. Regardless of the stereotypes that get branded around, I personally do not know of any “ladies what lunch” or shop on a full-time basis. People arrive, spend a few months contemplating what to do next (albeit whilst shopping or lying by the pool) but ultimately find a whole new lease of life that takes them to places they never imagined. That’s my experience anyway.