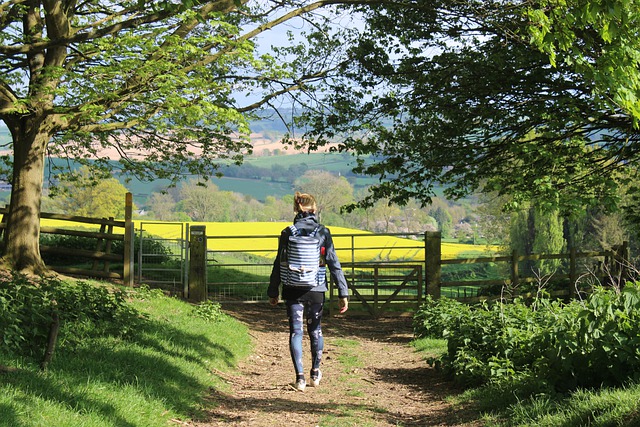 Expat Interview: An American expat living in the Cotswolds

Today we meet Jennifer Richardson the author of Americashire which covers time living in the Cotswolds with her British husband.

1. What led you to travel the world originally?

My dad was a pilot for Pan Am. Each summer, my mother would instruct my sister and me to pack for a variety of climatic outcomes—I trace my enduring love of the cardigan to this—then cart us off to Miami airport to see how far we could get on standby. Most of the time we ended up in London, but there was still an air of excitement over the possibilities.

Air travel was also more glamorous back then. We always dressed up—Pan Am rules required that family members of employees did so to fly stand-by—and we occasionally got lucky and flew in first class. On one such occasion, the flight attendants served us an appetizer of half an avocado stuffed with shrimp, which I thought was the most sophisticated thing I had ever eaten. 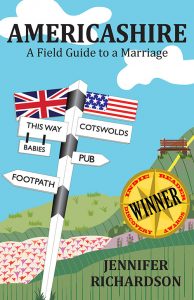 2. I presume to move to the Cotswolds must have been quite a change, where were you living before you bought your cottage?

Immediately before we bought the cottage we were living in a London flat, directly below a particularly noisy neighbor. The running joke between my husband and me was that we bought our cottage in the Cotswolds mostly to get a good night’s sleep.

3. What did you like about living in the Cotswolds?

The open spaces, seeing the stars at night, and, of course, our local wine bar and the characters that turn it into the best cocktail party you’ve ever attended on a weekly basis.

4. What did you not like about living in the Cotswolds, or the UK for that matter?

Having to answer for every stupid thing any American politician did. Let’s just say that time Michelle Obama hugged the Queen was the least of it. 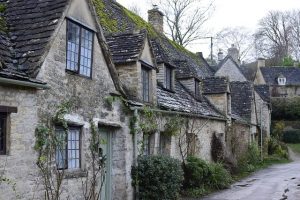 5. How did living in the Cotswolds match what I presume are American stereotypes of that part of the UK?

Very well. The Cotswolds are in many ways the England of central casting, from the honey-colored stone cottages to hanging baskets of flowers to wood-beamed pubs. Perhaps less obvious is that they are also very much a place of working agriculture and home to the people who make their livings in farming. I still find it exciting that I know real-life shepherds.

6. Do you still own the cottage or do we have to read the book to find out?

We do still own the cottage, although it is currently being occupied by a Swedish family. Americashire ends while we were still living in the Cotswolds, and we have since undertaken a work-sponsored world tour that included living in Berlin and Boston before moving back to our old house in Santa Monica.

7. How did you find writing your book, was it your first time writing?

Shortly after I moved to the Cotswolds, I started writing a blog called An American in the Cotswolds. Much of the raw material for the book, my first, came from that blog, although the real work was after the fact in crafting the narrative. You hear it all the time, but a book really is different than a blog.

Yes, one with the working title of Cotswoldia chronicling all that’s wonderful about the region, from the annual cheese rolling competition on Cooper’s Hill in Gloucester to the region’s literary legacy. I’ll be working on this in December when we return to England for a month. I’d also like to write a Return to Americashire, but I suppose we need to move back first.

9. Go on be honest, did you enjoy the British weather?

No, but on the upside I now have a fine collection of socks and umbrellas, not to mention an expanded selection of my beloved cardigans. We also just invested in an upgraded heating system in the cottage, which ought to help. Until now the cottage was primarily heated by a wood burning stove and a handful of electric heaters that were about as effective as putting your hands over a toaster.

10. Finally, are you settled back in California, or do you have hopes to up-sticks and move again? If so where would you like to go?

Having moved four times in the last three years, I wish the answer to that question was yes, but it’s not. It has been great to be back in L.A. and reconnect with old friends and my flip flop collection, but the urban experience has made us realize how much we love the Cotswolds. We’ll definitely be back.

Jennifer Richardson is the author of Americashire: A Field Guide to a Marriage, the 2013 Indie Reader Discovery Award winner for travel writing. You can find Jennifer online at: